On 6 May the 2021 Scottish Parliament election will be held.  The Scots Language Centre contacted the seven parties with elected representation in the Scottish Parliament or the House of Commons to ask about their support of Scots in the forthcoming parliament.  The correspondence and the replies from each of the parties follow:

We are writing to enquire about your party's manifesto commitments to support Scots Language and Scots speakers in the forthcoming Scottish parliamentary election.

The Scots Language Centre will be publishing an article on our website providing information on each party's manifesto commitment to Scots and speakers of Scots.  (www.scotslanguage.com)

The Scots Language Centre is the primary contact point for those interested in Scots. We provide news and feature content, educational resources for schools, teachers and informal learners, and we support institutions and groups Scotland wide on their Scots language content and policies. In 2011 we provided support for the Scots questions in Scotland's Census, and will do so in 2022.

We provided secretariat services to the previous Cross Party Group on Scots, and are available should this be reconvened.

Further information about the number of Scots speakers can be found here. 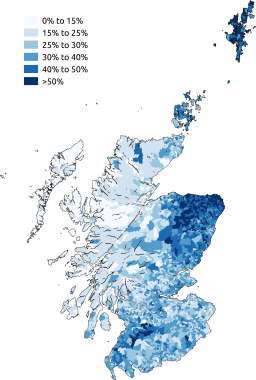 Of the parties with elected representatives in either the Scottish Parliament or the House of Commons these are their manifesto commitments to Scots and Scots speakers followed by additional statements on Scots.

The Scottish Conservatives support the promotion of Scots and would work with the Scots Language Centre to engage with schools and communities across Scotland.  The use of Gaelic and Scots are key parts of Scotland’s cultural identity. Scottish Conservative MSPs have used Doric in the Scottish Parliament and we will continue to raise awareness and appreciation of these unique dialects.

- Support cultural ventures in all the languages of Scotland.

- Encourage the use of Gaelic, Scots and Doric as well as the languages of those from minority ethnic backgrounds.

- Improve the provision of Gaelic language at home and in secondary, higher and further education.

Our lead candidate in the Highlands and Islands Ariane Burgess has been particularly active on this. She said: “I will stand up for Scots speakers, raise the language’s profile and support moves to better protect and promote it.”

Scottish Labour culture spokesperson Claire Baker said, “Scottish Labour is committed to protecting and celebrating Scotland’s wonderful culture and identity, of which Scots language is a key part. Many people identify as Scots speakers, and variations of Scots are spoken throughout the country. We will recognise and support the sharing and learning of the Scots language.

Scottish Labour supports the creation of a national cultural plan, backed by statutory duties if necessary, to expand the cultural and social infrastructure across our country.  As part of this, it is important that we protect and improve access to local museums, historical sites, libraries, and archivist services. Many of these facilities do so much to promote and educate about local histories and the evolution of the Scots language.

Scottish Labour are determined to see that great work continue, and for sustainable funding to be in place to support this work.

Scottish Labour will focus on a national recovery for a stronger and fairer Scotland.”

We will also bring forward a new Scottish Languages Bill which takes further steps to support Gaelic, acts on the Scots language and recognises that Scotland is a multilingual society.

The Scottish National Party has submitted 20 motions in this parliament in support of Scots.  The most recent by Emma Harper, South Scotland on Tuesday, March 23, 2021.

That the Parliament supports future government action to promote the use of the Scots language in public and private spheres, both in verbal and written form, including in primary, secondary and tertiary education, television and print media and in this Parliament; recognises that the use of Scots in the media is a key driver of a sense of inclusion for Scots speakers; notes the value of Scots education initiatives such as the Scots Language Award in shrinking the attainment gap; encourages members of the next Parliament to recognise Scots, and all its varieties, as a legitimate living language and to consider the needs of its speakers; further encourages future MSPs to work to raise the language’s profile in their constituencies, the Chamber, parliamentary offices and beyond, and supports, in principle, the idea of exploring legislative action to further protect and promote Scots.

The Member has provided the following translation in Scots:

That the Pairlament gies its support tae futur government muives fir tae promuive the uiss o the Scots leid in Scotland's public an private airts, baith in spaken an screivit forum, forbye in primary, seicontary an tertiary education, televeision an print media an in this pairlament; recognises that the uiss o Scots in the media is a muckle driver o a sense o inclusion for Scots spikkers; taks tent o the value o Scots lairnin initiatives sic as the Scots Language Award in shrinkin the attainment gap; encourages memmers o the neist pairlament tae recognise o Scots an aw its byleids as a legitimate leivin leid an tak tent o the needs o its spikkers; forbye encourages futur MSPs tae ettle at heizin up the leid's profile in their constituencies, the chaummer, pairlamentary offices an ayont, an gies its support in principle tae the idea o looking at legislative muives fir tae protect an promuive it mair."

Oor Vyce, a campaign for the lawful recognition of the Scots language, is inviting individual candidates to endorse their #ScotsPledge.

A list of individual candidates who have taken the pledge can be found here.

Manifesto commitments and statements were correct at the time of publication, should parties wish to update or ammend their statements the Scots Language Centre will update this page accordingly.