On Midsimmer Eve by Sheila Templeton

Sheila Templeton sent me a fairly long description of her Scots Language background. I was going to select from it but it is all interesting, so I'm adding it after her lovely seasonal poem.

A Sami myth says that in the beginning, the god who made all things took the beating heart of a two year old reindeer and set it at the centre of the earth. This is the rhythm of the world, the pulse of life, the source of allbeing and as long as we can hear its beating, all will be well.
Sheila Templeton 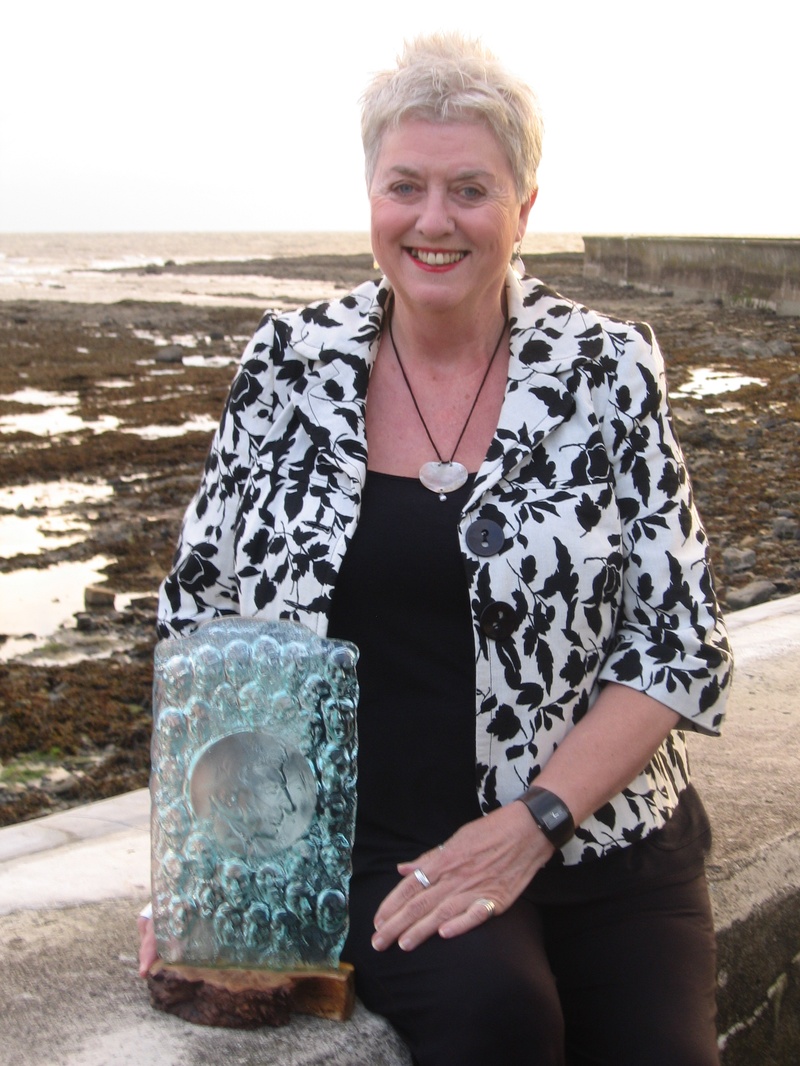 Sheila Templeton writes: I currently live in Glasgow, but I come from Aberdeenshire, so when I write in Scots, it's usually N-East Scots, the Doric Scots. On Midsimmer Eve is written in N-East Scots. I feel most at ease, 'truer' somehow, writing in Scots, though I write in English too.
I like to write in Scots the way that people actually speak. My favourite poet writing in Scots today is Sheena Blackhall. I'm a big fan of her work. She uses Doric as she speaks it...and she has a wonderful, wide ranging vocabulary in N East Scots. Reading Lewis Grassic Gibbon's work when I was young also had a big influence on me. He doesn't actually use Scots' words very much, but he uses rhythm and sound to convey the sense that's it in Scots, even though the words are in English.
Jessie Kesson's work was also an influence. I wish I had known her, but I didn't find her work until after her death. We did not study either of these writers either at school or university in Aberdeen in the 60s. Amazing that they could be so ignored? Though I believe Lewis Grassic Gibbon is now on the Higher English syllabus.
When I was a child, we spoke our broad Scots all the time, then in school, we had to speak 'proper' English. Even my grandmother, a primary teacher at our village school, did exactly the same. So we were bilingual. I did not think about this until an English friend recently looking at some of my poems in Scots, said to me with complete sincerity...'I didn't realise you were bilingual.'
I have heard the argument that N-East Scots is another language, not a dialect, because it is so different from other forms of Scots...the actual vocabulary is different. I'm not sure about that, though certainly a lot of vocabulary is different in Doric.
I've not lived in the N-East now for a long time....so my own vocabulary in Scots is now much diminished from when I was a child. And even then, my vocabulary was much less than say, my grandmother's. I remember her going over a passage with me from Johnny Gibb of Gushetneuk...for a school project...and some of that, even then was like a foreign language to me.
I mean...nowt meaning cattle; hummel-doddies meaning mittens! Who could know that?
I love rediscovering words I knew well in childhood, becoming reacquainted with them, putting them into poems. There's a richness in Scots which is not as available in English. The words are juicier in Scots!
Some of my Scots poems have won prizes or been short listed in the annual McCash Scots Language Poetry Comp, so I have quite a lot of poems in The Smeddum Test, the anthology of winning McCash poetry. On Midsimmer Eve is published in it and there's an Edinburgh launch of the book in the NLS on Wednesday 26th June at 6pm. Rab Wilson and I have been asked to read at the event.
Yes, I was Makar of the Federation of Writers 2009 to 2010. And also I am a member of the
Makar Poets, based in Ayrshire. (We got our name from our collective publishing press...The Makar Press.)
I've two publications so far:
Slow Road Home (Makar Press 2004)
Digging for Light (New Voices Press 2011)

Ach…. but the heart is gallus by George White