Ballads, or the Muckle Sangs 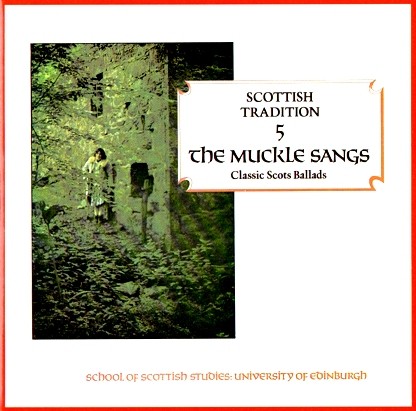 Ballads, called the muckle sangs in Scots, are the long narrative songs that were often mistakenly learned by many of us as poetry at school.

Dealing with themes such as murder, betrayal, forsaken lovers, slain knights and hard-fought battles, with occasional forays into the supernatural world, they are typically lengthy songs of several hundred years' pedigree, shaped and changed by the effects of print and oral tradition down through the centuries.

Tales of Sir Patrick Spens, Barbara Allen, Lord Randal, Andrew Lammie and over 300 others were classified and numbered by Prof. Francis James Child of Harvard University in Boston, USA, in his collection English and Scottish Popular Ballads, which has become commonly known amongst singers as 'The Child Ballads'.

The collection was published gradually from the 1850s, with the best known 'final' version appearing between 1882-1898. While Child did not collect ballads directly 'in the field', he drew upon a myriad of existing collections and manuscripts, bringing together versions of songs collected in various parts of Scotland and England. In his historical and contextual notes, he compared the ballads to similar songs elsewhere in other European traditions; many of the Scottish ballads have siblings in Scandinavia for example - see the section on Scots Song Elsewhere - Europe.

During the fieldwork collecting started in the 1950s by the School of Scottish Studies, many of these old ballads were still found in the mouths of singers across Scots-speaking areas of the country.

The muckle sangs were found in particular amongst the repertoires of Traveller singers, such as Jeannie Robertson (1908-1975), who sings Harlaw below. The battle of Harlaw took place in 1411, and a reference to an ancestor of the song appears in the 1549 'Complaynt of Scotland' - O myne hart hay this is my sang, the battel of the hayrlau:

The Stewarts of Blairgowrie, a Traveller family from Perthshire, also had a rich repertoire of muckle sangs. Here's Belle Stewart with Child 49, The Twa Brothers, at the Kist o Riches website.

One of the best known Child ballads is the tale of fratricide, Edward (Child 13), sung here in a more modern version by Jim Malcolm and Old Blind Dogs: