With the publication of Sir Walter Scott's Minstrelsy of the Scottish Border in 1802, which went on to be published and translated around the world, the Borders became revered as a heartland for historical and romantic ballads.

Some of our most famous ballads first appeared in the Minstrelsy, including The Wife of Usher's Well, Clerk Saunders and The Dowie Dens of Yarrow, although not all of them originated from the Borders, particularly those appearing in Scott's later editions, which he continued to revise and expand until his death.

However, ballads such as Jock o the Side, Johnie Armstrang and Kinmont Willie are awash with border settings and characters, setting the backdrop for romantic scenes of reivers, battles and warring families in the borderlands.

Here Kathy Hobkirk sings a version of The Lament for the Border Widow, as Scott wrote, "said to relate to the execution of Cockburne of Henderland, a Border freebooter, hanged over the gate of his own tower, by James V, in the course of that memorable expedition in 1529, which was fatal to Johnie Armstrang, Adam Scott of Tushielaw, and many other marauders":

Lament for the Border Widow

- recorded at Reiving and Bereaving, Innerleithen Music Festival, August 2012. Thanks to Kathy for permission to use the track.

A major project to produce a new critical edition of the Minstrelsy, looking at its origins and context, is currently underway between Johannes Gutenberg University of Mainz in Germany and the department of Celtic and Scottish Studies at the University of Edinburgh: http://walterscott.de/ 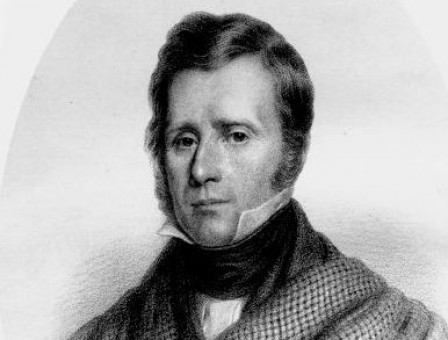 The Ettrick Shepherd, James Hogg (1770-1835), made his own contribution to the Borders' canon, with, amongst others, Lock the Door, Lariston, and the Hawick song Teribus, although he became better known for his Jacobite material. Lori Watson sings Hogg's When Maggy Gangs Away, published in  his 1831 Songs by the Ettrick Shepherd:

Willie Scott (1897-1989) of Canonbie was one of the major tradition bearers recorded for the School of Scottish Studies. A shepherd in Liddesdale, his repertoire is featured in the book Herd Laddie o the Glen, complied by Alison McMorland. Here Willie sings The Shepherd's Song, from the album of the same name, CDTRAX9054, courtesy of Greentrax Recordings:

More of Willie's songs are available at the Kist o Riches website, such as the song Sweet Copshawholm, the old name for the village of Newcastleton.

The Border tradition of common ridings has also given rise to a strong song repertoire. Pawkie Paiterson, from the pen of John Ballantyne, with music by Adam Grant, is one of the Hawick common riding songs, sung here by John Morran and the band Deaf Shepherd, from their CD Synergy, CDTRAX143, 1997, used by kind permission of Greentrax Recordings:

The Auld Woman o Kelso is a Borders version of the widespread song Marrowbones, in which a woman tries to get rid of her husband in dubious circumstances, but through her own scheming ends up drowning herself in a river. The version here is sung by Lucy Pringle and Chris Wright, from their CD The Speaking Heart, used by kind permission of Mondegreen Music.