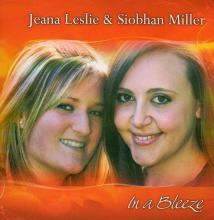 Siobhan Miller grew up in Midlothian, and on her 2008 album with Jeana Leslie she sings about the harsh conditions of the Midlothian pits in a version of Rod Paterson's 'The colliers eight hour day'. The disk is called 'In a Bleeze' and is available from Greentrax Recordings, while further information about Jeana and Siobhan can also be found on their website.