A major research project about the early 19th century Scottish writer James Hogg is culminating in the creation of a growing and valuable online resource. It currently contains articles and talks about Hogg, along with a large collection of Hogg's songs - both in the format of song sheets and as audio files. 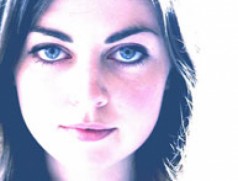 The musician Lori Watson is also undertaking research about James Hogg. She has included songs such as 'Maggie' on the CDs made with her band Rule of Three.

For fowk that taks an intress in aw o Scotland’s aulder an estaiblisht leids – Gaelic, Scots an Soothron – the’r a new buik oot that’ …   read more »

No lang syne, on 24 Juin, the winners o the Doric Film Fest gaithert thegither at The Barn, Banchory, for tae see the shawin o thair cutty pictures. This is the …   read more »

Alasdair Allan MSP is to be appointed the Minister for Scots.   The First Minister chose Dr Allan as Minister for Learning and Skills when he announced his …   read more »