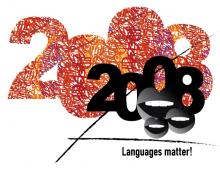 Some people are surprised to discover that the â€˜British Islesâ€™ or â€˜West European Archipelagoâ€™ as some would call it, are home to many languages and dialects. Scots shares this geographical space with English, Welsh, Irish, Gaelic, Manx, Cornish and the less well known languages of Jersey and Guernsey. You can read about these languages and our close cousin, Northumbrian, in the articles in this feature which we developed to celebrate the UNâ€™s Year of Languages in 2008. There are links to language organisations and opportunities to listen to the different forms of speech that are present in these islands. Letâ€™s celebrate and enjoy our linguistic diversity.