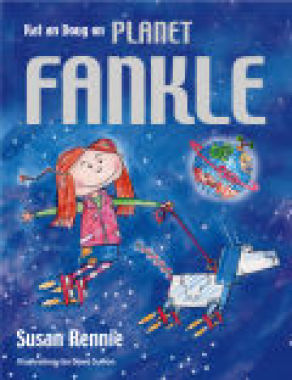 Writer and academic Susan Rennie has amassed an extensive range of publications, many for children and suitable for home or school use. She has now collected several of these works together online and made them freely available. Click on the links to access them.

Grammar Broonie, a guide to modern Scots grammer with a link to a print-on-demand version and downloadable vocabulary worksheets.

The Hoose o Haivers, the text of the three stories in the collection by Susan Rennie The Aipple Race (in which Hippolytus tries to win the love of Atalanta, Ariadne in the Cloods (which includes the tale of Theseus and the Minotaur), and The Weavin Contest (in which Arachne challenges Athena to see who can weave the finest cloth).

Sweetieraptors, a link to the text, teacher notes and a glossary along with the text of  Animal ABC.

Although not available on her website, Rennie does provide some further information, a glossary and purchasing information on her series of Tintin in Scots books.

The Derk Isle was the first Tintin title to be translated into Scots. It was also the very first Franco-Belgian comic book (bande dessine) to appear in a Scots version. It was published by Taigh na Teud in collaboration with Dalen Books in September 2013. A second Tintin title, The Merk o the Pharaoh, was published by Dalen in 2014. The Partan wi the Gowden Taes, published in 2015, featured the first appearance of Captain Haddie, complete with Scots expletives such as black-belickit bletherskates! and dottelt doitrified dunderheids!