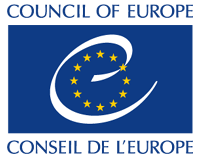 The European Charter for Regional or Minority Languages (ECRML) is a Council of Europe treaty that was drawn up in 1992 to protect and promote regional or minority languages in Europe and give speakers of those languages the chance to use them in private and public life. The UK Government signed the Charter in 2000 and ratified it in 2001 in respect of Welsh in Wales, Gaelic in Scotland, Scots in Scotland and Northern Ireland and Irish in Northern Ireland. Manx Gaelic and Cornish were added later. Responsibility for implementation of the charter's aims for Scots in Scotland and Gaelic falls on the Scottish Government.

Part II of the Charter sets out the general principles and objectives that Governments are to pursue in respect of regional or minority languages. It applies to all the languages in the list above, including Scots. Part III—measures to promote the use of regional or minority languages—applies to Welsh, Gaelic and Irish but not to Scots or the other languages in the list.

Scots language activists are still trying to get the Government to give Scots “part III recognition”—that is, to sign up to taking measures to promote the use of Scots under the Charter.