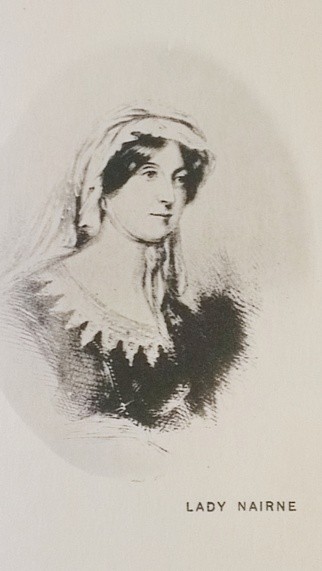 Born in 1766 in Findo Gask, Perthshire, Carolina Oliphant wrote some of the best-known Scots songs which rival Burns' in popularity, although she is far less of a household name.

Songs such as The Rowan Tree, Will Ye No Come Back Again, Caller Herrin, The Laird o Cockpen, The Land o the Leal and Charlie is my Darling all come from the pen of Lady Nairne, although other songwriters including Burns have made versions of some of the same songs using traditional sources.

Jean Redpath has recorded an album of the songs of Lady Nairne for Greentrax Recordings.

George Henderson's book on Lady Nairne, publshed in 1900, can be downloaded in various formats from the Internet Archive.